TileStyle Wins at the Business to Arts Awards 2019 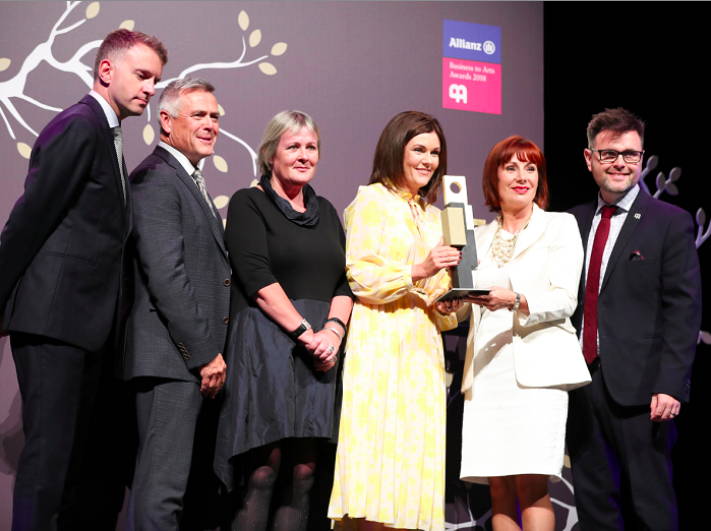 TileStyle Wins at the Business to Arts Awards 2019

We are absolutely delighted to have won the award for “Best Large Sponsorship” at the 2018 Allianz Business to Arts Awards for our entry “TileStyle Supporting the Arts.”
TileStyle’s long-standing Marketing Manager Ruth McCarthy was accompanied on stage by TileStyle Directors Gerard & Michele McNaughton and was presented with the award by the Minister for Culture, Heritage and the Gaeltacht, Josepha Madigan.
It’s been 22 years since TileStyle have won at these awards and to win this particular award means so much as it is a celebration of supporting and investing in different artists and arts organisations and so many fantastic projects this year.
Our late founder Jim McNaughton, a passionate supporter and the person responsible for TileStyle’s long established commitment and support of the arts, would be so very proud today. 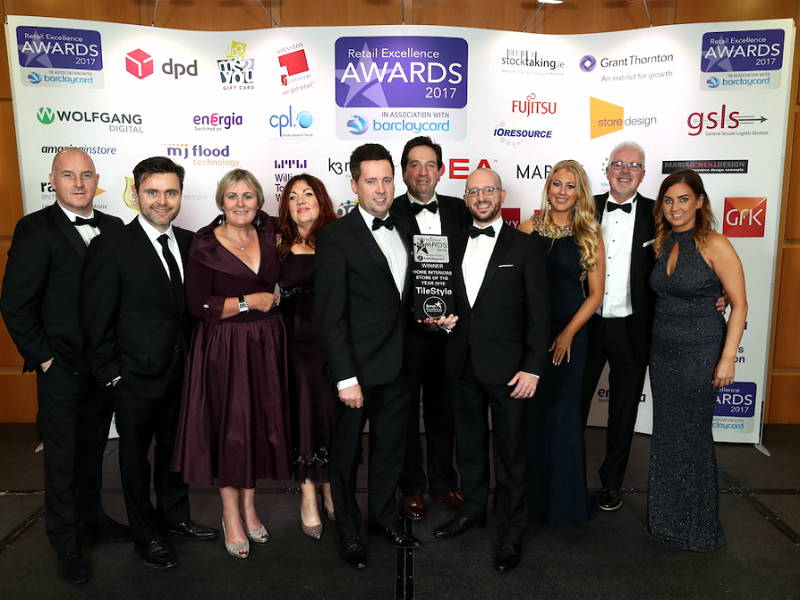 For the second consecutive year, TileStyle has been named “Home Interiors Store of the Year“ at the Retail Excellence Ireland Awards.
We are delighted to retain our title as “Home Interiors Store of the Year.“ To come away with this award once again is a huge achievement as we had some really tough competition this year.
CEO of Retail Excellence David Fitzsimons said “We are delighted to recognize and award TileStyle for being the very best in their retail sector. They have shown an unquestionable commitment to meeting and exceeding customer expectations as well as innovation in store and in-service delivery.”
We were also a Top 3 finalist for best “Digital Campaign of the Year” and although we didn’t quite scoop the prize this time, we came away with a glistening new trophy to add to our collection!
600 of Ireland’s finest retailers and a number of Oireachtas members attended the glittering awards ceremony, hosted by media personality Hector O hEochagáin, which took place on Saturday, November 11th in the beautiful Malton Hotel in Killarney.
Established 20 years ago, the Retail Excellence Awards promote best practice and encourage high standards in the Irish retail industry. They are now the largest and most prestigious awards of its kind in the country.
We would like to congratulate all the winners and nominees on the night. In particular, Garvey’s SuperValu in Tralee who won the coveted title of “National Store of the Year 2018” and a massive congratulations to Rachel Doyle of Arboretum on winning the third ever Lifetime Achievement Award for her contribution to Irish retail that spans over 40 years.

Collect from our warehouse in 2 working days

You cannot add more than 3 free cut samples to your basket. Please remove one to add more.
Insufficient stock for this quantity

Guidance on how to measure your area

You can enter your measurements in metres or feet, however the pricing shown will be in metres squared. Please contact us if you have any questions. Please note we cannot be held responsible for guidance on measurements and all measurements must be approved by your fitter/contractor.

You can order up to 3 free cut tile samples for collection or pay a delivery charge of €6.14.

A 10x10cm cut sample is not available for all tiles. You'll see a Free Cut Sample button on the page if it is available.

Paid full size samples are also available for delivery or collection. You can return these within 14 days for a full refund, however any delivery charges cannot be refunded.